Home
Tips and Tricks
How to Cook Oysters 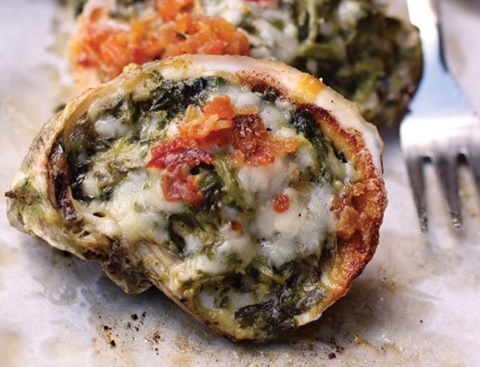 Oysters a little salty treat from the sea. In fact, oysters are considered to be an aphrodisiac and are supposed to raise your appetite for sex drive. Aside from that, they are great just about any way you cook them and even better when they are raw. But out of all the different ways to cook them, there is one way that is still done today and is probably the original cooking technique and recipe: the Rockefeller Oyster.

When choosing oysters for this recipe specifically, you are going to be cooking the oyster in the shell so you need to have plenty of extra room in the shell. An oyster with a deep cavity and a large surface area is going to work best. You also don’t want an oyster that is too salty. Try to go for one that is simply mild and sweet in flavor but still plump and has a large shell. Probably the best option to go with and the easiest oyster to find in the shell is going to be the blue point oyster.

In order to get the oyster ready, start by removing any of the beards attached to the shell which are usually just seaweed and debris. Wash and scrub them under cold water to get any excess dirt off as well. Next open the oyster with a knife or shucking tool, then cut the abductor muscle that holds the oyster to the shell. Keep the oyster in the shell and discard the other half. Now the oysters are ready to be filled and cooked.

During the Cooking Process

The filling that goes inside of the oyster is a simple cream spinach that is very easy to make. Once you fill the oyster with the filling, place them in a sauté pan and put them in the oven to cook for about 10 minutes. After that you can top them with some cheese and continue to cook them a little longer to get the cheese to melt. When they come out of the oven transfer them to a plate and serve, but be careful handling them. The shells will be very hot so make sure to use a pair of tongs to transfer them safely to the plate.

After they are on the plate there is not much else to do to them. You can arrange them nicely on the plate and garnish with some fresh chopped parsley or some chives. Some people like to serve them with a little hollandaise sauce right on top of them or on the side as well.

Remove the oyster from the oven and transfer to a plate. Serve with lemon wedges or a side of hollandaise sauce and enjoy! 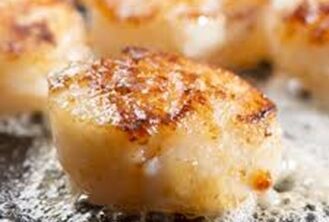